Despite the bad weather our group got to see a lot of cool things. After getting up and having breakfast we headed to a museum. This museum had artifacts from the king tombs and the lake we saw yesterday and from all over Gyeongju. The collection also included interesting paintings and sculptures from very long ago. Outside was a bell weighing 19 tons from 758 that is still rung. After that we headed to a Buddhist temple. As we entered the temple, if one got a small rock and placed it, they could make a wish. You have to stack the rocks on top of each other to make sure you don't destroy someone else's wish to make yours. After making our wishes we headed to Buson, the second largest city in South Korea. There we had a traditional Korean lunch and we got to try all sorts of new foods. There were things and I didn't know what they were but they were good. After that we visited a stormy beach in the rain and we went to an APEC meeting building which was very pretty. Then after we went to another museum that had the history of the South Korean people, we ate dinner. At the restaurant they had the dress and guitar from Sound of Music and an Oscar. Finally after the long day we headed to the new hotel and went to bed.
-Caleb 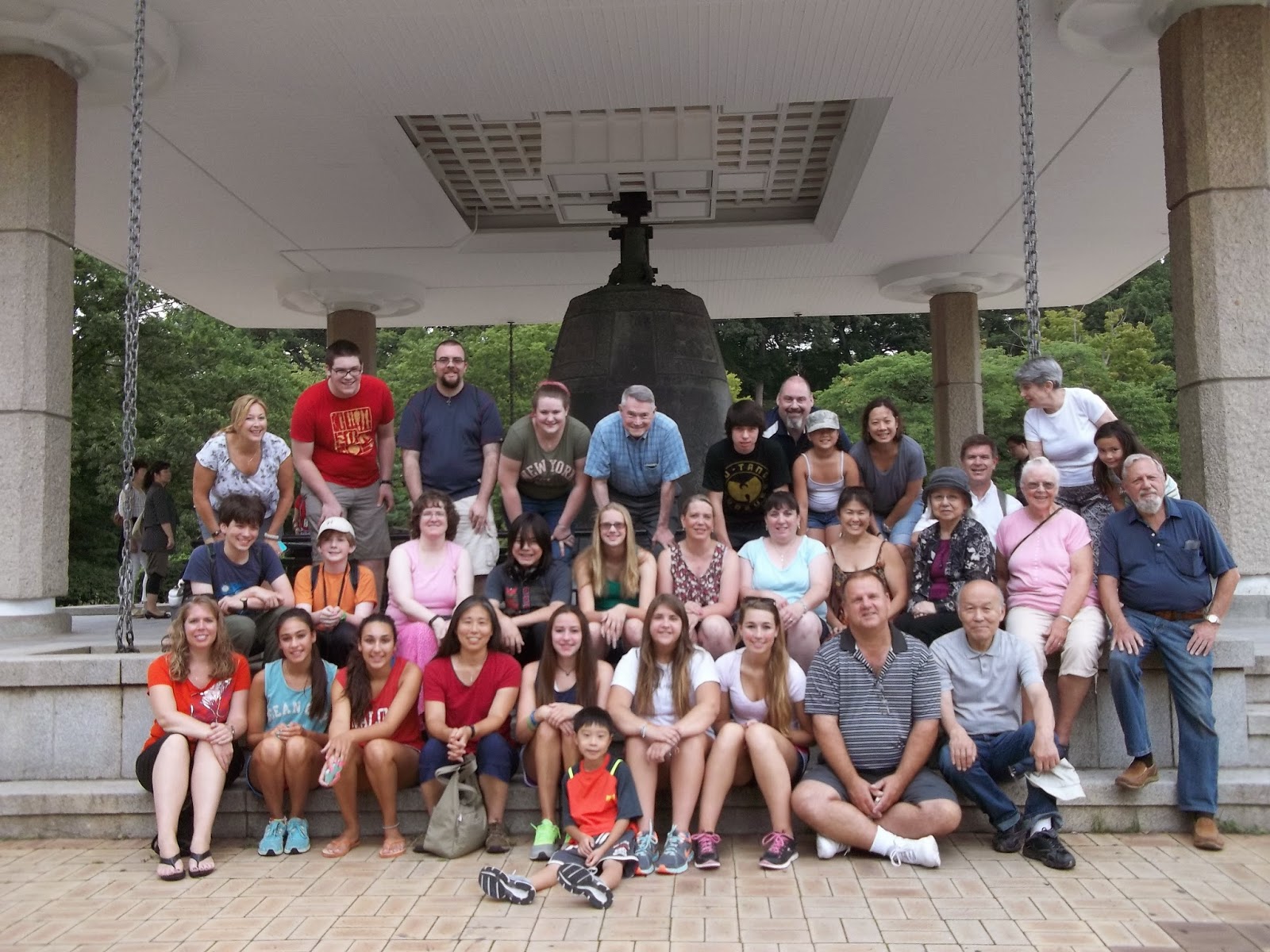 In front of the world's second largest bell. 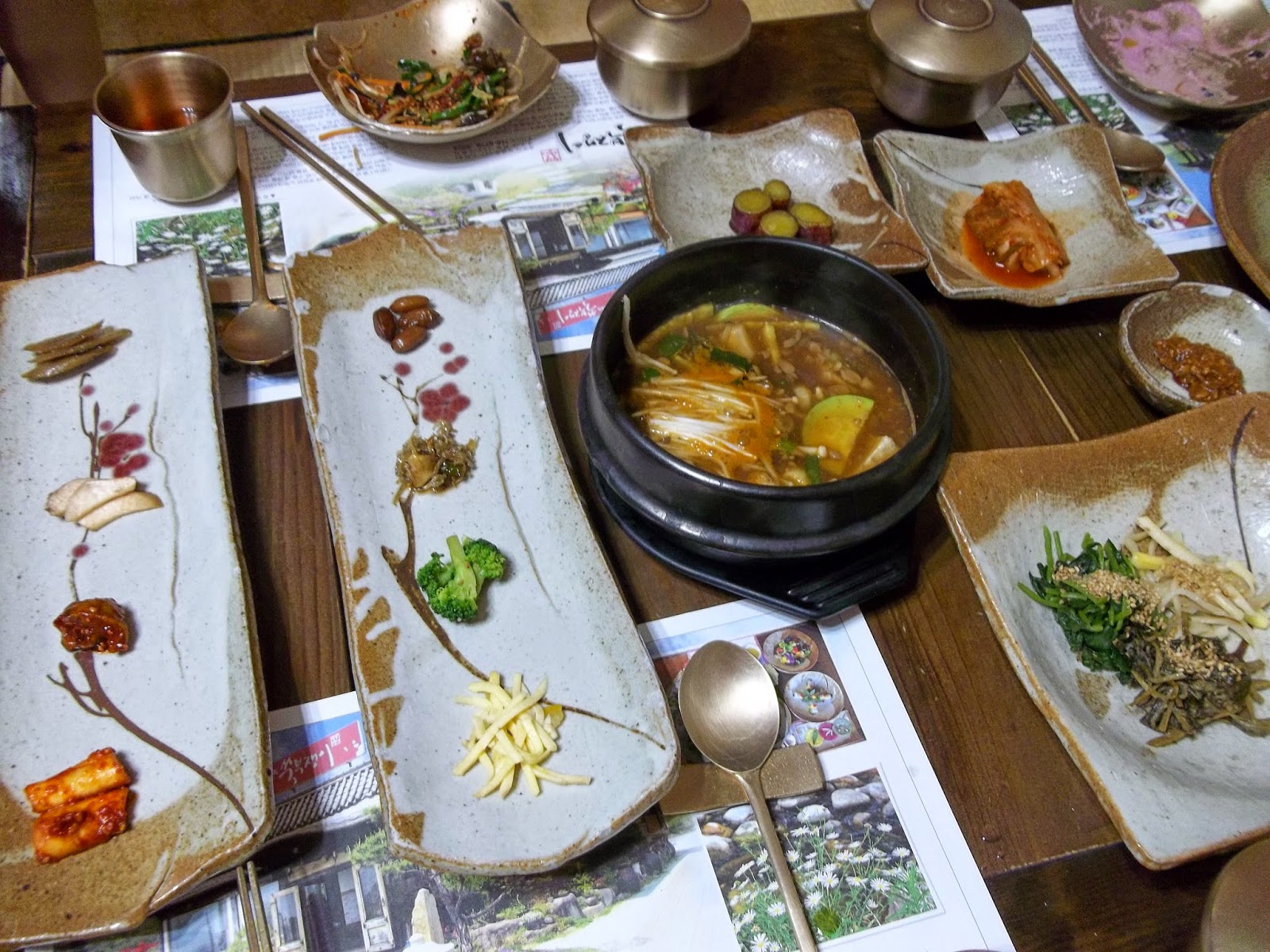 We squatted on a wooden floor for this traditional Korean lunch.

Lunch consisted of complete veggies, which wasn't too enjoyable for a teenager from America. It was nice to enjoy the culture by sitting crossed feet with our shoes off. After trying most of the food that we didn't even know what it was, we enjoyed a dessert of tea that tasted like honey and sugar mixed with water, Concord grapes and a pastry. We got on the bus and headed to Busan and on the way I was delighted with food poisoning. The traffic made for a 3 hour drive to the beach where we saw humongous waves that crashed from about 8 feet. We walked around the APEC building and saw where international conventions were held. It was really cool to see America as part of Korea's history. Next was the National Museum. We saw history from ancient Confucianists and Buddhists.  Dinner consisted of the best meal we've had since we've been here- American cuisine. All the kids had about 9 pieces of pizza (considering the small portions we are given here), chicken wings, watermelon, spaghetti, ice cream and my personal favorite, the cream cheese. We got back on the bus and the kids have never smiled, been as loud and hyper as we have this entire trip. We had major sing-a-longs to Wicked and Frozen. After a quick drive to the hotel, we got our room keys and headed to the room. After settling in, we went back down to the lobby and listened to the singer from the Philippines. She sang Let It Go, Listen by Beyoncé and other hits from America. At 10pm we went back to our room and went to sleep after a long day.

-Jessica
Posted by Unknown at 7:45 PM