Some members of ERI,II,III and an alumni participated in the Annual Handbell concert of the Handbell group of Kendal on Hudson on May 30th, 2018.       The Kendal group was formed when our late Handbell Director Emeritus, Mrs. RoseMarie Wildman moved into this Senior Living Community in Tarrytown and kick started the group.          Eiko now conduct the group and on this day invited members of Emanuel Ringers to perform together with the Kendal group.
Although the audience was limited to the residents of the facility and limited in size, ER ringers were well appreciated by the audience and the ringers of Kendal group alike, judging from the comments heard at the conclusion of the program. 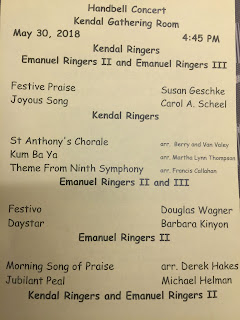 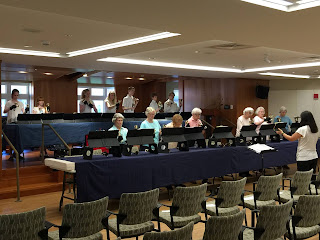 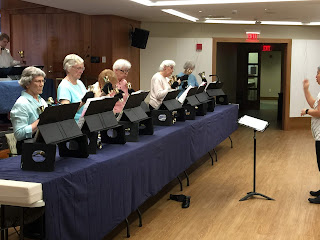 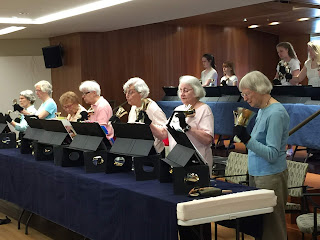 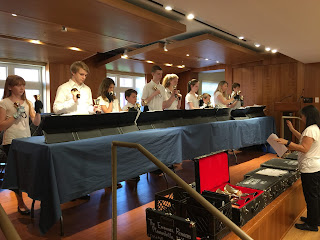 Posted by Ken Shimazu at 4:58 PM No comments: 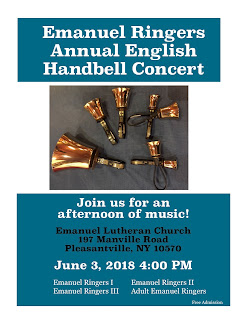