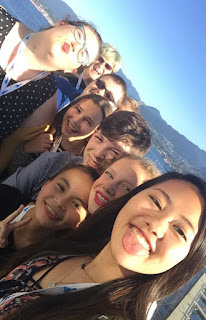 It's finally here- the final day of the 17th international handbell symposium! Today was filled with excitement as we showed off our collective skills and progress in the final concert. We had an early start to the day, getting to the convention center at 8:30 for a full dress rehearsal. During this time, we got to hear groups that we hadn't heard before, like the festival choir which had rehearsed for the first time together during workshops. It was pretty nerve wracking to finally be running everything straight through, but one of our conductors told us that rough rehearsals lead to a fantastic performance (and he was right). The rest of the day was a blur as we got dressed & ready for the concert at 2. It was so great to perform and show our progress. All of the songs sounded great and it was amazing to see everyone's hard work pay off.

After the concert there was tons of applause. Lots of us went to find the conductors to get selfies and have them sign our copies of the music. Even if this symposium music is getting stored away when we get home, it will be fun for future ringers to know that we met the piece's directors. It was great for us to develop relationships with the conductors throughout the week- our choir even got a shout out during rehearsal from American conductor Ed Rollins.

It was amazing to ring with the hundreds of other fellow ringers in the hall. We really brought the music to life, and the hall was filled with peace after playing songs from all over the world. It was a one of a kind experience that we are thankful to be a part of. The ceremonial closing bell ended the evening after a (long) banquet. After the banquet, Singapore is now a member of the international handbell committee, and everyone is excited for the 2018 symposium in Cairns, Australia. Now it's off to our tour.

Thank you again for all your support! 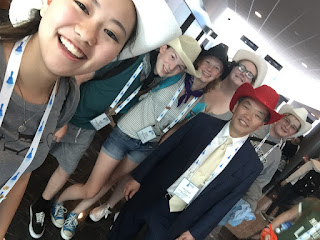 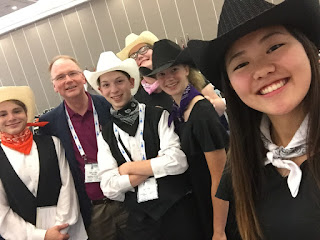 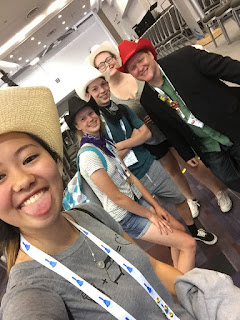