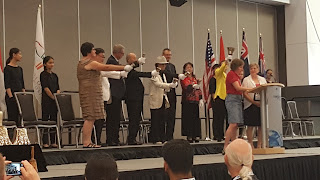 Today we got to wake up late. Yay! We all dispersed to get breakfast before heading over to the Convention center at 10:45 to practice the Magnificent Seven (our solo). We broke for lunch getting food at the nearby food court. Following lunch came the opening ceremony. Each of the nations involved were represented in a procession. This was followed be speeches. . . . Many. Many. Speeches. Each head of the associations in each nation were introduced. And there were many more speeches. The opening chord was struck and so it began.
Seeing the multitude of bells arranged on the tables, showed how that despite all of the language barriers each and every one of us understood the language of music. As the rehearsal progressed it felt like one giant family that had come together from the ends of the world to make music and to have fun. With a few difficulties in the language department we powered through the meet and greet meeting many new people from all different choirs. Jokes were told, there was much laughter and fun, and after we got back from a varied dinner we played a great game of Cards. 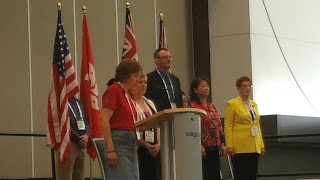 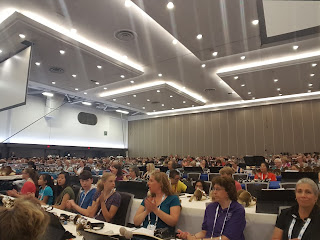 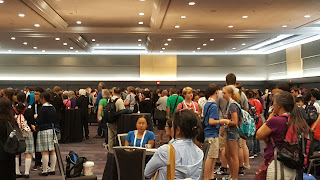