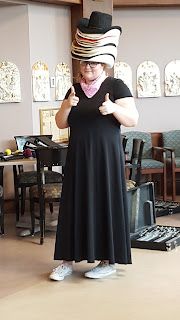 Today we met for breakfast at 0830 and after breakfast a bunch of us played cards or watched people playing cards or  worked on the blog. We met for the museum at 0940. We walked around the museum and saw a bunch of fossils and old things! We watched an IMax movie about mammoths and things around that time period and then we ate lunch at the food trucks.

After lunch we drove to St. Mary's nursing home and performed for the people there. Then we went to the Craigdarroch Castle (which was more of a mansion than a castle) before taking the scenic route to dinner. After dinner we will have a free night to chill and relax, which will be nice.
-Kazuhiko 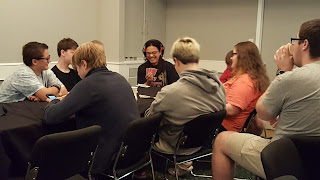 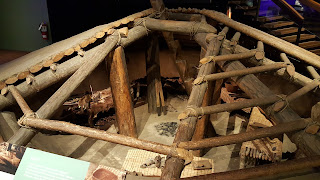 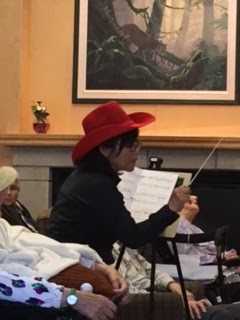 Hi everyone back home! Today was probably one of the more exciting days because we finally did the ghost tour. On this ghost tour it was explained to us that the island of Victoria is a very haunted places and maybe the final resting places of the infamous serial killer Jack the Ripper.

We learned about the old town hall where the hangings would happen back in the 1800's. The old building has been reported as the most haunted building in all of Victoria. After the hangings the priest would ask if anybody would claim the body but most of the time no one would  claim the bodies. They would rest in the town hall until the church would take them but that didn't always happen and the bodies were left to rot. And when the buildings needed to be renovated the bodies were buried under the foundation and forgotten for ever.  Including to young children who were later found not guilty of all crimes.

We also learned about different stories like a domestic dispute gone deadly and the possible last Jack the Ripper murder. Although these were some really spooky stories we didn't have to much sleeping off the scary stories.

Hope everything at home is great!